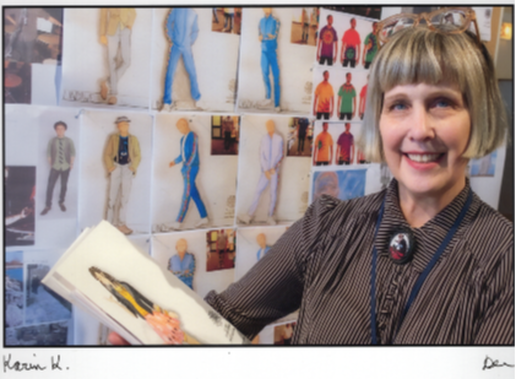 Kopischke, in addition to her costume rendering and university instruction, is active in Historical Societies. She has created a series of historical renderings depicting women from her home of Door County in the garments they might have worn in a series called Garments of Our Foundations.